CHAPEL HILL: Nicholas B. Ladd, 78, died at home Friday. He was born January 20, 1937 in Atlanta. Nick’s family moved frequently though his formative years were spent in Chevy Chase, MD. He was a graduate of the University of Maryland, then received a Master’s in retailing from the University of Pittsburgh. Nick spent his career in retail management, beginning with Woodward & Lothrup in Washington. He moved to Philadelphia and joined his beloved company, the famous Wanamaker Dept. Store, where he worked in several capacities, ultimately becoming V.P. of branch store operations. Nick retired from Lord & Taylor in 1997. Pursuing his passion for toy trains, he moved to Chapel Hill to become V.P of Sales & Marketing with K-Line, a leading toy train company.
Nick was a member of the American Legion, Post 6, where he served as finance officer. He was Past President of the Train Collectors Assn. and Past President of the Society of the Sons of St. George. His memberships also included the Mozart Lodge in Philadelphia, as a 32nd Degree Mason; the Knights Templar; the Sons of Confederate Veterans, where he was Treasurer; and 40 & 8, serving as Treasurer.
Nick will be remembered for his honesty, fair mindedness and devotion to his family. He had remarkable leadership qualities, was deeply principled and never shied away from standing up for what he felt was right.
Surviving are his wife of 36 years, Kathryn Ladd; his children, Stephen (Elizabeth) Ladd of Media, PA; Nancy Ladd (Joseph Tarantino) of Malvern, PA, and William Ladd of Raleigh; grandchildren, Nicholas and Shannon Ladd; and a brother, David (Marie) Ladd of Queenstown, MD.
Funeral services will be 11:00 AM Wednesday from the Chapel of Hall-Wynne Funeral Service. Friends received in the funeral home 10-11:00 Wednesday. Burial with military honors will follow.
Gifts in Nick’s memory may be made to the Salvation Army salvationarmycarolinas.org/durham/or Durham Rescue Mission, durhamrescuemission.org.

Offer Condolence for the family of Nicholas B. Ladd 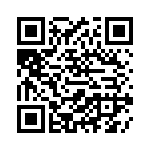