Nelson Manley Farrell, 77 years old, unexpectedly died on July 3, 2018.  He was the son of the late Nelson James Farrell and Jessie Elizabeth Singleton of Aberdeen, Maryland.

Nelson was born and raised in Aberdeen, Maryland and moved to Oxford, North Carolina, 16 years ago to be close to his family, with his wife.  Nelson was an active member of Sharon Baptist Church and a Sunday school teacher for the Senior Class.   He retired from Civilian Government and worked for Walmart in Roxboro, NC. He was a member of the Historical Society of Granville County and a docent for Granville County.

Nelson was predeceased by his parents and a brother, James Farrell.

In lieu of flowers, donations may be made to the American Cancer Society.

Offer Condolence for the family of Nelson Manley Farrell 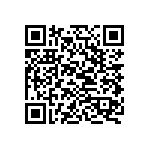