STEM:
Mrs. Nellye Roberts Tunstall, age 98, died Tuesday, January 29, 2013. She was the daughter of the late Ulysses M. and Lucy Fowler Roberts and the widow of the late Joe Beasley Tunstall. Mrs. Tunstall was born on December 14, 1914 in Knapp-of-Reeds, NC. She was a member of Butner Presbyterian Church where she served as organist and choir direct for eight years. Mrs. Tunstall had a class of piano students for thirteen years in Butner and Stem area. She also served as organist for various other churches including Stem United Methodist, Bullock Methodist, Roberts Chapel, and United Methodist at Laurinburg for fifty years. For eight years she was a nurse companion to a muscular dystrophy patient in Butner.
Funeral services will be on Friday, February 1, 2013 at 11:00 AM at Gentry-Newell & Vaughan Chapel. Burial will follow in Community Memorial Gardens in Stem. The family will receive friends on Friday, from 10:00 until 11:00 AM prior to the service at the funeral home.
Surviving is a brother Jazel Graham “Red” Roberts of Raleigh and several nieces and nephews.
In lieu of flowers memorials may be made to Granville County SPCA, 5650 Cornwall Road, Oxford, NC 27565 or a charity of one’s choice.
The Tunstall family is being assisted by Gentry-Newell & Vaughan Funeral Home in Oxford. For online condolences, go to www.hallwynne.com and select obituaries.

Offer Condolence for the family of Nellye Roberts Tunstall 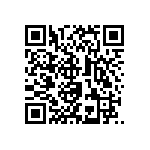