Nell was born on Jan. 18, 1917 to the late Herbert and Irene Holmes. She was a member of Franklinton Baptist Church and WMU. Nell was employed by Burlington Industries for 38 years. One of her greatest pleasures was family and friends.

She is survived by her sister, Dorothy Holmes Newton, of Creedmoor; four nieces and eight nephews.

The Cyrus family is under the care of Hall-Wynne Funeral Service, Franklinton Chapel.

Offer Condolence for the family of Nell Holmes Cyrus 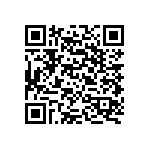