Born in Anson County on August 29, 1914, Mr. McLaurin was a son of Albert Hugh McLaurin and Lucy Elizabeth Rhyne McLaurin. Mr. McLaurin was a retired seafood dealer; in his off time he enjoyed bird hunting and was an avid gardner. He was a member of Pleasant Hill United Methodist Church.

The service to celebrate the life of Mr. Neil McLaurin will be conducted by Rev. Ray Gooch and Rev. Kevin Taylor at 2 o’clock Thursday afternoon, February 2, 2012, from the graveside at Pleasant Hill United Methodist Church cemetery. Friends may
visit with the family from 7:00 – 8:30 pm Wednesday at Hall – Wynne Funeral Home in Pittsboro.

Arrangements for Mr. McLaurin are under the care of Hall-Wynne Funeral Service and Cremation of Pittsboro.

Offer Condolence for the family of Neil Jefferson McLaurin 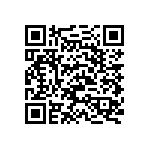