CHAPEL HILL -Nancy Ann Dankes Schneider, 81, died unexpectedly on October 13th, 2015, at Duke Hospital surrounded by her family. She was born on April 14, 1934, in Chicago, Illinois, to Walter and Dorothea Dankes. Nance flew model airplanes competitively and met a fellow competitor, Kenneth Schneider, in the registration line at Northwestern University, who became her husband of 60 years. She worked at Inland Steel, leaving her career to focus on raising her family. She and her husband enjoyed opera and photography as well as model airplanes. A very devoted mother, she enjoyed sewing clothes for herself and her children, cooking and baking, and ice skating. After moving to Durham, NC in 1976, she traded being an ice hockey mom for being an equestrian mom, caring for the horses her children rode. About the same time, personal computers came out and she embraced them, even taking classes to learn to repair them. The family also became some of the biggest Duke fans, holding season tickets for 40 years. Nance attended nearly every home game and many away games, including many of Duke’s national championships. Once the nest was empty, she began working with polymer clay and quilting. Prolific and talented at both, she especially loved quilting and was quilting right up to the day before she went to the hospital. She was a member of the Durham-Orange Quilt Guild and the Triangle Modern Quilt Guild.

Nance was preceded in death by her parents, Walter Derold Dankes and Dorothea Edna Unverzagt Dankes, and her husband, Kenneth Albert Schneider, MD. She is survived by her sister, Dorothea Flinn of Miami, FL, her brother, Philip Dankes and wife Dianne of Seattle, WA; her daughter, Della Schneider Martin and husband Mike of Cary, NC, and her sons, Dale Schneider and wife Kathy of Durham, NC, and Dwight Schneider of New York, NY. Her grandchildren are Kelsey Martin Taylor and husband Cory of Burnsville, NC, and Kerry Martin of Cary, NC. Her step-grandchildren are Dax Hock and wife Susan of Franklin, TN, and Tanner Hock and wife Sumeetha of Chapel Hill, NC; and six step-great-grandchildren.

A memorial service will be held 2:00pm, Sunday, November 8, 2015 in the Chapel of Hall-Wynne Funeral Service with Rev. Bryan Chestnut officiating.

In lieu of flowers, please donate to the American Heart Association or to your local animal shelter in her name.

Offer Condolence for the family of Nancy Schneider 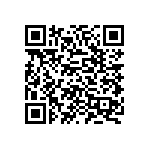