Nancy Mann Williams, 71, died Sunday afternoon, January 5th, 2014 while at Wake Medical Hospital in Cary, NC.
She was born on January 8, 1942 in Martin County, NC, daughter of the late James Mann and Ruth Grimes Mann. Nancy was a 1960 graduate of Pittsboro High School and then went to business school for a year. She spent most of her career working as a secretary at Pittsboro Insurance agency, although some people might recognize her from the time she spent working in the deli of Lowe’s Food in Cole Park. On August 3, 1973 Nancy Mann and Merwyn Williams were united in matrimony. For 32 years, they faithfully lived their love until Merwyn’s passing in 2006..
In addition to her parents & her husband, Nancy was preceded in death by her stepson, Wayne Merwyn Jackson; and her sister, Linda M. Lorbacher. She is survived by; her sister, Janie M. Shaw of Pittsboro, NC; her nephews, Johnnie Teresa Lorbacher, Jr. of Illinois, David Marcie Lorbacher of Moncure, NC, and Brian Shelly Shaw of Pittsborro; and her niece Cindy Danny Buckner of Thomasville, NC; along with eight great-nieces & great-nephews; and two great-great-nieces.
Nancy’s request of a simple service to be held at her gravesite, will be honored by her family and friends 2:00pm Saturday, January 11, 2014 at Ebenezer United Methodist Church, 724 Beaver Creek Rd., Apex, NC 27502.
In lieu of flowers, please make all memorial contributions in Nancy’s honor to: Ebenezer United Methodist Church, 724 Beaver Creek Rd., Apex, NC 27502.
Online condolences may be left at www.hallwynne.com, select “Obits”. The arrangements for Mrs. Williams are under the care of Hall – Wynne Funeral Service and Cremation of Pittsboro.

Offer Condolence for the family of Nancy Mann Williams 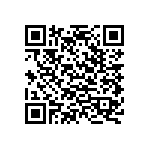