She was a 1938 graduate of Durham High School.  She was a lifelong member of First Baptist Church and a member of the Friendship Sunday School Class. She was active in the Womens Missionary Union where she served as secretary.  Mrs. Daves worked in the Guidance Office of Durham High School until her retirement in 1981.  She was a member of the DAR, General Davey Chapter and served as past Chaplin.  In her later years she was involved in senior citizen activities at First Baptist.

Flowers are acceptable, or contributions may be made to a charity of your choice.

Offer Condolence for the family of Nancy “Lois” Ferrell Daves 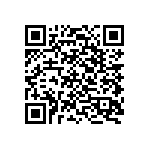