Nancy and Walter were married for 62 years. They met on a New Year’s Eve blind date arranged by a Duke fraternity brother. Nancy was a life-long member of St. Philip’s Episcopal Church. For many years, she taught nursery Sunday School, was active in Madrigal dinners, Daughters of the King, and altar guild. She was the ultimate homemaker.

A memorial service will be held at St. Philip’s Episcopal Church on Thursday, January 17, 2019, at 11 am. Officiating will be the Rev. M. Jonah Kendall and Rev. Dr. Sally French.  Interment will follow in Maplewood Cemetery, section 6. Visitation was at Hall-Wynne Funeral Service on Wednesday, January 16, 2019, from 5-7 pm. Memorials may be directed to the Rectors Discretionary Fund at St. Philip’s Episcopal Church, 403 E. Main St, Durham, NC 27701.

Offer Condolence for the family of Nancy Lloyd Mason 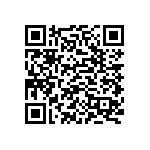