Myrtle was born in Durham on July 18, 1918, one of six children to the late Rufus and Nora Chappell. She worked as a Hosiery Inspector at both Durham and Efland Hosiery Mills before retiring from Duke University Medical Center as Information Services Supervisor. Myrtle married Marion C. Briggs on July 23, 1945 and was married for 41 years before he passed away in 1986. Both were founding members of Faith Alliance Church in Durham, NC. She enjoyed many bus trip travels with her girlfriends to a long list of nationwide destinations. A devout Christian and unprecedented southern cook, Myrtle was a dearly loved mother, stepmother, grandmother, sister, and friend.

She was preceded in death by her brothers, Graham, Lehman and Clifton Chappell.

Funeral Services will be held at 11 AM Monday, February 2, 2009, at Faith Alliance Church in Durham. Officiating will be the Rev. Ron Mayers and Pastor Jerry Casto. Burial will follow in Maplewood Cemetery.

The family will receive friends from 2-4 PM Sunday at Hall-Wynne Funeral Home, 1113 W. Main Street, Durham and then from 10-11 AM Monday at Faith Alliance Church prior to the service.

In lieu of flowers, donations may be made to Faith Alliance Church, 1309 Umstead Road, Durham, NC 27712

Offer Condolence for the family of Myrtle Chappell Briggs 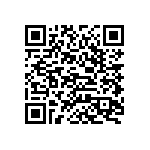