FRANKLINTON:
Myra Salter Roberts, age 83 of Franklinton died peacefully on February 10 , 2012 in Universal Health Care in Raleigh. She was a native of Atlantic, NC and was the daughter of the late Colon Wallace Salter and Mable Salter Brown. In 1946 she married JL and resided in Franklinton and raised a family. She was a homemaker.
Funeral services will be conducted Sunday February 12, 2012 at 2:00 PM in the Hall Wynne Franklinton Chapel by the Rev. Anita James. Burial will be in Fairview Cemetery in Franklinton.
Surviving is a son, Mark Roberts of Franklinton; daughters, Brenda Craft of Creedmoor, Jane Goswick of Louisburg, Barbara Tippett of Franklinton and Cynthia Jordon of Henderson; brothers Everette Cleveland Salter of Edenton NC and Carl Brown, Jr. of Wilson NC; nine grandchildren and twelve great grandchildren. She was preceded in death by her husband Julius Lee Roberts, Jr.
The family will receive friends Saturday February 11, 2012 from 6:00 PM until 7:30 PM in the Hall Wynne Funeral Home in Franklinton. At other times they will be at the home of Graham and Barbara Tippett.
Online memorials www.hallwynne.com select obituaries. The Roberts family is under the care of Hall Wynne Funeral Home in Franklinton.

Offer Condolence for the family of Myra Salter Roberts 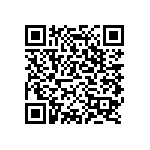