A native of Harnett County, Bud was born April 3, 1926 to the late Atlas Eugene Holder and Whittie Suggs Holder. He graduated from Bells High School in 1944 and attended Louisburg College & Duke University. He was a member of Ebenezer UMC and Pittsboro UMC.

Bud met Nellie McCormick while managing the old Chatham Movie Theater in Pittsboro. Married in 1954, their love spanned 56 years before her passing on April 13, 2010. In the early days, Bud was a farmer who also built and owned Seaforth Lake, which is now part of Jordan Lake. Later in life, he became a successful realtor. He was an avid pilot and used his single engine Cessna airplane a great deal with his real estate business. Bud loved fishing in Ocracoke, NC and Port St. Lucie, FL, where he and Nellie had vacation homes. Two of his recent highlights were being able to fly to Florida to visit his sister and visit RDU airport to watch planes come and go. Bud loved to laugh and always had a good joke to tell.

In addition to his wife and parents, Bud is preceded in death by his grandson, Christopher Holder and his sister, Dorothy “Dot” Toothman.

He is survived by his son, Gene Holder of Archdale, NC; his two daughters, Gaynelle Knight Vance of Raleigh, NC and Sharon Shehdan Lin of Raleigh; his two grandchildren, Ian Holder of Seward, AK, and Meredith Shehdan of Raleigh; and his brother-in-law, Hank Toothman of Jupiter, FL.

A graveside service for Mr. Holder will be held at 1:00PM, Sunday April 13, 2014 at Hanks Chapel UCC cemetery. A light reception and family visitation will follow at Hall-Wynne Funeral Service, 396 West St. Pittsboro, NC after the service.

In lieu of flowers, tax-deductible donations may be sent to the Harold Boone Memorial Scouting Fund, Inc. in care of Thomas J. George, 147 Acorn Lane, Pittsboro, NC 27312 in support of local Scout Troop 93.

Offer Condolence for the family of Murphy Eugene “Bud” Holder 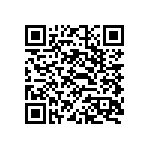