Born October 23, 1920 in Orangeburg County, South Carolina, Viola was a daughter to the late Eola Robinson and Lonnie Emerson Bonnette.

In addition to her parents, Mrs. Jackson is preceded in death by her husband, James G. Jackson; her sisters, Seydelle Kennedy and Elma Way; and her brothers, J.S. Bonnette and Robert Bonnette.

The family requests memorial donations be made to Chatham Animal Rescue and Education (CARE) at PO Box 988, Pittsboro, NC 27312, or via www.chathamanimalrescue.org

Offer Condolence for the family of Mrs. Viola Bonnette Jackson 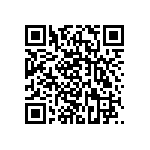