Vera Marie Reece (Powell) of Chapel Hill, NC passed away peacefully in her home on June 10, 2015 surrounded by the love of her family.

Vera was born June 18, 1935 in Elk Rapids Michigan and was the daughter of the late Marion and Lillian Powell. She attended Gale Institute in Minneapolis and moved shortly thereafter to work at CBQ railroad in Chicago where she met the love of her life, Barry Reece.
Their life together began with their marriage at Fort Gordon near Augusta, GA and in 1956, she followed him to Tannenberg, Germany where Barry was stationed in the Army. They later moved to Eldora, IA where they began their family, eventually moving to Blacksburg, VA in 1974 where Barry was a longtime professor at Virginia Tech. During their years in Blacksburg, Vera worked at the VA Tech Veterinary School and was also a volunteer for hospice.

In 1996, they moved to Fearrington Village near Chapel Hill, NC. Vera gave love unconditionally to family, friends, and even strangers who were the recipients of her
strong hugs and big smile. She was an accomplished knitter, creating many beautiful baby blankets for friends and family over the years. Her great joys in life included spending time with her family, reading and playing bridge. Vera was a long-time member of the Fearrington Village book club and enjoyed the company of her many friends in the Village. After suffering with the pain of peripheral neuropathy for many years, she established a support group for people with this disease.

In lieu of flowers, memorial contributions may be made to The Foundation for Peripheral Neuropathy.

Offer Condolence for the family of Mrs. Vera Reece 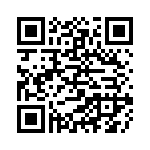