JEAN STONE LINKER
Born April 19, 1930, Jean graduated to glory on Tuesday, May 26, 2015, with her family at her bedside. Hers was a life of joyous service and loving devotion to God, family, church, and community. She was born in Winston Salem, NC to the late Walter Smith Stone & Virginia Giddens Stone of Stoneville, NC. She attended Stoneville High School, UNC Greensboro (Women’s College) & graduated with a BA in Religion & Sociology from UNC-Chapel Hill in 1952.
After college, Jean worked in Martinsville, VA as Director of Christian Education (DCE) at Anderson Memorial (later First) Presbyterian Church. There she met and married Edward M. Linker, and this June 20th would have marked their 62nd anniversary. She is survived by her husband and loving family, including four children: E. Markham Linker, Jr. of Lake Guntersville, AL, Jean Ione Linker of Chapel Hill, NC , Mary Frances Linker of Pittsboro, NC, and Walter Stone Linker of Charlotte, NC.; four grand-children: Lucy Linker Bernard, Edward M. Linker, III, W. Stone Linker, Jr., and Abby Mills Linker; two sisters: Jenny Stone Humphries of Sea Island, GA and Betty Robinson of Atlanta, GA; and many wonderful cousins, nieces and nephews.
She was well known for her enthusiasm, generous spirit, and for being the best Mom ever! She served her church in every capacity from DCE, Vacation Bible School and Sunday School teacher, youth group leader, choir member, and piano player to Circle Leader, president of the Women of the Church, District Presbytery Chairperson, member of the Presbytery Candidates Committee, and an Elder of the church.
She was a friend to all and a tireless advocate not only for her own children but for many throughout the community through her volunteer service with the Girl Scouts, the Boy Scouts as a Den Mother, The American Red Cross, the Charity League, the CONTACT crisis help line, the Family Hospice Program of Martinsville & Henry County, and as a literacy tutor. She was a member of the Daughters of the American Revolution.
Jean traveled the world with husband Ned, enjoying tours by auto, bus, and cruise ship of Alaska, Britain & most of Europe, and many US National Parks.
We will miss her bright positive energy, sense of adventure, and sweet smile!
A memorial service will be held at First Presbyterian Church of Martinsville on Sunday June 7th, at 3:00 p.m. A reception will follow in the church fellowship hall.
If you wish to make a monetary donation in lieu of flowers, please give to the charitable organization of your choice in Jean’s honor.

Offer Condolence for the family of Mrs. Jean Stone Linker 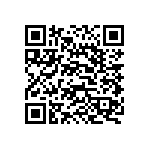