Mrs. Ivie “Teet” Eubanks Cooper, 91, passed away early Tuesday morning, March 24, 2015 at UNC Hospital in Chapel Hill, NC, with her children by her side.

The family will receive friends from 6:00-8:00pm, Thursday, March 26, 2015 in the Griffin Chapel of Hall-Wynne Funeral Service, Pittsboro, NC. The funeral for Mrs. Cooper will be held 11:00am Friday, March 27, 2015 at Bynum UMC with the Rev. Donald Shields and Rev. Justin Bouldin officiating. Burial will follow at Bynum UMC Cemetery.

Mrs. Cooper was born in Chatham County, NC on March 27, 1923 to the late Roy Lee Eubanks and Fleta Moore. She was married to Lewis Phillips Cooper and they had four children.

In addition to her parents and husband, Mrs. Cooper was preceded in death by her son, Tim Cooper. She is survived by her sons, Phil Cooper and his partner, Linda Wasmuth, Don Cooper and his wife, Laura; her daughter, Sharon Cooper Musselman and her husband, A.C.; her daughter-in-law, Susan Cooper; her grandchildren, Travis Cooper, Chanda Cooper-Odom, Michelle Minnich, Trent Cooper, Mason Cooper, Lindsay Perkins and Laura Winston; 16 great-grandchildren and two great-great-grandchildren. 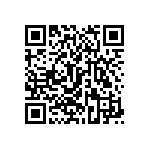