Hazel Farrell, 91, peacefully passed away Monday, May 4, 2015 at Cambridge Hills in Pittsboro, NC.
She was born on April 22, 1924 in Morven, NC, daughter of the late Armond & Helen Knight Radcliffe. She met and married Percy C. Farrell. They were together 20 years until his death in 1968. Hazel was a devoted mother and loving grandmother. She was also a longtime member of Hanks Chapel Church, where she served as a deacon and choir member. She always looked forward to the social events, especially the desserts. Hazel loved her caregivers at Cambridge Hills, even though she could be a bit feisty.
In addition to her husband and her parents, Hazel was preceded in death by her sister, Mabel Elkins; two brothers, Bruce and Robert Redcliff; and her stepchildren, Ethel Hester & P.C. Farrell, Jr.
She is survived by her daughter, Sheila Farrell (C.W.) of Pittsboro; stepdaughter, Carol Salmon; 13 grandchildren; 30 great-grandchildren; 8 great-great-grandchildren along with several nieces and nephews.
The family will receive friends from 3-5:00PM Thursday, May 7, 2015 at Hanks Chapel Church in Pittsboro, NC. A service to celebrate her life will start at 5:00PM with the Rev. Bob Wachs and Rev. Ray Gooch Officiating.
Please make memorial contributions in honor of Hazel, to UNC Hospice – PO Box 1077, Pittsboro, NC 27312 or Hanks Chapel UMC Music Ministry – PO Box 366 , Pittsboro, NC 27312.

Offer Condolence for the family of Mrs. Hazel Radcliff Farrell 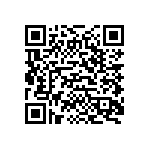