Richard Joseph Miller was born in Long Beach California on September 23, 1943 to the Revs. Clarence and Vinita Miller, both Ordained Elders in the Methodist Church, ministers who inspired both in Richard and in his elder sisters and brother sisters (Ruth, Anna and Ed) a love of the beauty of the natural world and an extended love, through God’s own love, to all of humankind.
Richard received his Bachelors of Arts in Education from California Western University where he was certified in Middle school teaching. Thereafter, he was employed by the Huntington Beach Middle Schools public school system for over 36 years. There he repeatedly received recognition as a “Mentor Teacher,” for his contributions to core courses that included instruction in the Natural Sciences, Mathematics and Computer Science.
Richard appreciated his family’s reverence for nature and enjoyed recreational activities which included, for example, swimming around the peer in Huntington Beach and riding on and repairing motorcycles for trips to many national parks in California and Arizona. As a member of his own family, he was loving, generously helpful, and caring. He extended these gentle traits to his new family of care givers based in the Huntington Beach—caregivers who cared for him graciously in his own home, and were indeed with him when he passed into eternity, on May 3, 2015.
His immediate family, his cousins, and his family of care-givers, celebrated his life at a memorial service at the Monrovia United Methodist Church in California on May 23, 2015.
He was laid to rest in Bynum United Methodist Cemetery near Pittsboro, NC, on July 23, 2015.

Offer Condolence for the family of Mr. Richard Joseph Miller 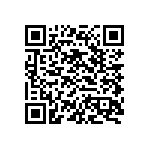