Ralph Pendergraph, 70, died peacefully on May 4th, following a valiant battle with pancreatic cancer. He was born May 21, 1944 at Watts Hospital in Durham to Thomas W. Pendergraph and Edna Lloyd Pendergraph. He grew up in Orange County, attended Carrboro Elementary School and graduated from Chapel Hill High School where he played football. He attended Mars Hill College and graduated from Durham Tech. He joined the Navy in 1962 and served on the USS Boston. Following his naval service he worked for Technitrol in RTP. He joined the Chapel Hill Police Department in 1973 and served as a police officer for 28 years. He was appointed Chief of Police in 1992 and served as Chief for eight years, retiring in 2000. In retirement he was an instructor in the Criminal Justice Program at Alamance Community College.
He enjoyed coaching numerous young people in community football in Carrboro and Chatham County. When his son Ralph was young, he took his team to a state championship. In later years he would often meet former players who would comment on the impact he had made on their lives.
He is survived by his loving wife Toni Pendergraph; son Ralph Pendergraph (Angela); daughter Natalie Pendergraph; and four grandchildren: Brittany, Annika, Austin and Adam. He is also survived by his sister-in-law, Cindy Pendergraft; along with numerous nieces, nephews and cousins.
Visitation will be on Wednesday, May 6, from 6 to 8 pm at the Hall-Wynne Funeral Home, 396 West Street in Pittsboro. The funeral services are scheduled for Thursday, May 7th at 11am at Cedar Grove United Methodist Church, 2791 Jones Ferry Road, Pittsboro, with burial to follow in the church cemetery.
In lieu of flowers, the family requests that memorial donations be made to Cedar Grove United Methodist Church, 2791 Jones Ferry Road, Pittsboro, NC 27312. 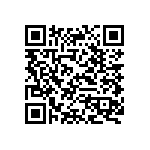