George Edward Steward born April 20, 1923 died November 1, 2014 with his family by his side. He is survived by his wife, Suzanne Steward; his brother, Tom Steward; and his daughters, Laura, Lisa, Elaine, and Peggy; his grandchildren, Sean, Scott, Caroline and Jeff; and great-grandchildren, Jackson, Taylor, Grant and Pierce.
George was a World War II Veteran in the Ghost Army. He was a 1951 engineering graduate of NYU and district manager for Fafnir Bearings, in New Britain, CT.
Funeral services for Mr. Steward will be held 10:00am, Friday, November 7, 2014 at Salisbury National Cemetery in Salisbury, North Carolina. He will be buried with full military honors.
Hall-Wynne Griffin Chapel is serving the Steward family. Please place online condolences at www.hallwynne.com.

Offer Condolence for the family of Mr. George Edward Steward 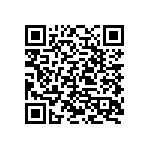