Mr. Edward Merendoni, 87, passed away Sunday, June 14, 2015 at Cambridge Hills in Pittsboro, NC.
He was born on November 12, 1927 in Dutchess County, NY, son of the late Sylvio and Margaret Mary Hughes Merendoni. Edward enjoyed the great outdoors including a love for hunting and fishing. As a young man, he was Captain of his high school basketball team. His natural role of leadership would extend to serving in the U.S. Army as a medic. He was also an avid reader with a penchant for history.
Edward is survived by his son, Bill Merendoni of Cary, NC and his daughter Mary Hasley of Plano, TX; his grandchildren Christopher Merendoni, Nicole Merendoni, Valery Emich, Amber Merendoni, and his great-granddaughter, Deziray Merendoni.

Offer Condolence for the family of Mr. Edward Merendoni 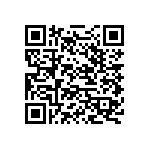