Colby Scott Parks, 59, died unexpectedly at his home on Sunday April 19, 2015. Colby was born in Charlotte, NC and lived in Chatham County for almost 60 years. A graduate of Jordan Matthews High School, he worked for Chatham County Schools for 25 years.

His family was his first love followed closely by fishing. He faced every challenge bravely and without complaint. A proud achievement was being able to dance with both of his daughters at their weddings.

He is survived by his wife, Marion Hall Parks, his children Sandra Parks Zaicko and Elizabeth Parks Sturdivant, his grandson, Steven Colby Zaicko, his mother, Frances M. Parks, and his siblings, Gail Parks, Robert Parks, and Mary Emily Parks and numerous nieces, nephews, and cousins. He is predeceased by his father, Frederick Parks and his brothers Guy Parks and Thomas Parks.

Offer Condolence for the family of Mr. Colby Scott Parks 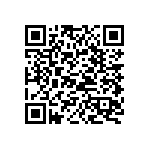