OXFORD:
Mozelle Moss Jackson, age 85, passed away on Saturday, August 9, 2014 at her home in Stem, NC. A native of Granville County, she was the daughter of the late Atlas and Elizabeth King Moss and the widow of the late L.J. Jackson. She was a member of Providence Baptist Church.
A graveside service will be conducted on Tuesday, August 12, 2014 at 3:00 PM at Providence Baptist Church Cemetery by Reverend Lennis Thorpe and Billy Tripplet. The family will receive friends from 1:30 until 2:30 PM at Gentry-Newell & Vaughan Funeral Home in Oxford, prior to the service.
Surviving are her daughters, Wanda J. Newcomb of Oxford, Betsy Jackson and JoAnn J. Pendleton both of Stem; a brother, James Moss of Oxford; and a sister, Esther Carter of Oxford; 6 grandchildren and 13 great-grandchildren.
Gentry-Newell & Vaughan Funeral Home is assisting the Jackson family. For online condolences, go to www.hallwynne.com and select obituaries.

Offer Condolence for the family of Mozelle Moss Jackson 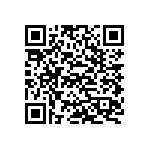