Morris Singleton Ferguson, Jr. 69, died Friday in the VA Medical Center following an extended illness. A Durham native, he spent his career in the Air Force, and proudly served his country in Vietnam. Mr. Ferguson worked for many in supply services at the Veterans Administration, and did considerable volunteer work at the V.A. following retirement. He was active in the American Legion and the 40/8 Voiture 1167. He was also a member of Liberty Baptist Church.
Surviving are his wife, Patricia Ferguson; a son, Mark Ferguson and his wife, Christine, of White Plains, MD and daughter, Caryl Ferguson of Durham; a daughter-in-law, Sondra Ferguson of Hillsborough; grandchildren, Ashley and Matthew Ferguson, and Dennis and Michael Ferguson; sisters, Janice Massengill, Louise Lipscomb and Virginia McDaniel. He was predeceased by a son, Morris Dennis Ferguson.
Funeral services will be 11:00 AM Wednesday in Liberty Baptist Church. Burial with military honors will follow in Oak Grove Memorial Gardens. Friends may visit 7-9 PM Tuesday at Hall-Wynne Funeral Service. Memorial donations may be made to: MC Dept. of American Legion c/o Colon Furr Nursing Scholarship Foundation, 4 N. Blount St. Raleigh 26657.

Offer Condolence for the family of Morris S. Ferguson, Jr. 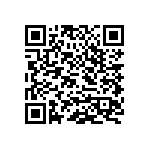