Monice Dworski Arnold died at her home in Durham, NC on January 4, 2012, attended by her children as she wished. She was 94; every day of her life was met with optimism and humor.

Born in Rochester, NY in 1917, she was the youngest of six children of Gertrude B. and Maurice Dworski, immigrants from Eastern Europe. She attended Rochester city schools and graduated from the University of Illinois at Champaign-Urbana in 1941, studying Shakespeare and art history. She was the first girl in her family to attend college, and she made lifelong friends as a member of Alpha Epsilon Phi sorority. During World War II, she managed and expanded her elder brothers’ businesses and property while they were serving in the military, the first of many unusual endeavors demonstrating her strong work ethic, commitment to family, and keen business acumen. Monice married Ralph Arnold, MD in 1947 and moved with him to Durham, NC, where they embraced the vibrant academic and medical community at Duke University and had four children prior to Ralph’s passing in 1960. She fully participated in the civic, cultural, and Jewish life of her adopted hometown of Durham. Monice was deeply devoted to her many volunteer activities, some of which included Beth El Synagogue, Hadassah, the Nasher Art Museum at Duke University, Carolina Theater, and Concern of Durham, Inc.. Fiercely independent, generous, and active until the end of her life, she nurtured friendships across generations and backgrounds and inspired all she met with her irrepressible joie de vivre. A lifelong learner, Duke basketball fanatic, one time golf champion, social research interviewer, and unique matriarch, Monice was a true original.

A private service will be held by the family. A memorial gathering will be announced at a later date.

Offer Condolence for the family of Monice Dworski Arnold 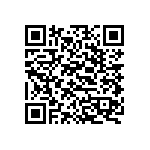