OXFORD:
Mittie Belle West, 91 a resident of Huntsboro Rd. died Sunday, February 21, 2010. She was a native of Granville Co. and was the daughter of the late George Taylor West and Sallie Bet Hayes West. She was the widow of the late Julius W. West. Mittie was a homemaker and was a member of West Oxford Baptist Church.
Funeral services will be conducted Tuesday February 23, 2010 at 2:00 PM in West Oxford Baptist Church by the Rev. Wes Garner, Jr. Burial will be in Meadowview Memorial Park.
Surviving are one daughter, Betty W. Boyd of Oxford: a son Charles A. West of Pickens SC: sisters, Pauline W. Faucette of Creedmoor and Virginia West Parham of Benson; three grandchildren and four great grandchildren. She was preceded in death by a sister, Mattie West Riley, brothers, Graham West and Lonnie West.
The family will receive friends Tuesday from 12:30 PM until 2:00 PM at West Oxford Baptist Church.
Flowers are accepted or memorials may be made to West Oxford Baptist Church, P. O. Box 458, Oxford, NC 27565.
Online memorials www.gnvfh.com select obituaries.

Offer Condolence for the family of Mittie Belle West 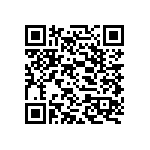