Mr. Mitchel Eugene “Mitch” Mann, 54, of Chicken Bridge Road, Pittsboro, was surrounded by his loving family and friends when he died Thursday, August 4, 2011 in his home.

Mitch was born May 4, 1957 in Alamance County, the son of Lee Norris Mann and Elsie Bare Mann. He was raised and educated in Chatham County, graduating from Northwood High School. He was a graduate of Wake Technical College. Mitch was a retired design engineer for Tyco Electronics. Mitch was an active member of Brown’s Chapel United Methodist Church, and also in his community. He enjoyed woodworking, building, riding his Harley and loved his faithful dog, Roxie. He was also a Mason, with membership in Columbus Lodge #102 in Pittsboro.

Survivors include his wife, Susan Howell Mann; son, Travis Mann, of the home; daughter and son-in-law, Christie and Steve Morgan, of Raleigh; his sister, Melissa Mann, of Pittsboro; and his canine companion, Roxie. In addition to his parents, Mitch was preceded in death by a son, Curtis Lee Mann.

The service to celebrate the life of Mr. Mitch Mann will be held at 3 o’clock Sunday, August 7, 2011 at Brown’s Chapel United Methodist Church with Rev. Ray Gooch presiding. Interment, with Masonic Rites, will follow in the church cemetery. Friends may visit with the family at Hall-Wynne Funeral Home in Pittsboro from 5 – 8 pm Saturday.

A special “thank you” is extended to all family and friends, the Preston Robert Tisch Brain Tumor Center at Duke, UNC Hospice, and to the many wonderful caregivers that have been involved with Mitch’s care during his illness.

Arrangements for Mr. Mann are under the care of Hall–Wynne Funeral Service and Cremation of Pittsboro.

Offer Condolence for the family of Mitchel Eugene Mann 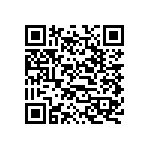