Miriam Evelyn Linker was born in 1920 on the 22nd of January just two years after the close of the First World War. Miriam lived a full and loving life of 97 years. Miriam passed away peacefully in the presence of her family on February 21, 2017. She is now with her loving Lord and Savior, Jesus Christ.

Like every soul, Miriam wanted to leave something lasting behind. Miriam’s significant legacy includes her large and loving family, her service to her many churches as organist and choir director, and her devotion to her husband, of 54 years.
Her enthusiasm for life, her giving spirit, and the love of her family are the hallmarks and touchstones of all memories of Miriam.

She was the matriarch and a pillar of strength, also to her large extended family. In her small kitchen at 220 Brightside Avenue she would whip out miracles of meals for her family, relatives, friends, and especially for celebrations, holidays, and other special occasions. Her table was a happy table, and there was always room for one more. To this day we don’t know how she cooked those big meals night after night from that little kitchen. She was all about family and gave so much to each and every one of us. The endless cookie jar and special made birthday cakes! Some of us pretty much made it through college because of her chocolate chip cookies.

Mimi played such an important role in so many lives. Her care and love was felt by many and she responded often to those in the deepest need. Miriam was also the hub of the Linker-Fleagle clan linking her Fleagle relatives on the East and West coasts, as well her Coffin heritage from New England. She lived so long that we were all blessed to have so many years of memories and many of us with the age behind us to appreciate them. She had said in one of her last conversations that when she passes she is going to get some questions answered! And she meant it! So much spunk, she made us smile.

She was the organist and choir director many years at Sudbrook Methodist Church, Pikesville, Md. and at Christ the King Lutheran Church, Owings Mills, Md. She held a degree in music education from Towson University and studied piano at the Peabody Conservancy of Music, Baltimore. She was a member of the Baltimore Handel Choir.

She was predeceased by her husband, Lewis Frederick Linker, her daughter, Rebecca Taylor, her son, Robin Linker, and her grandson, Brandon James

She will be buried in Lorraine Park Cemetery in Baltimore, Maryland, next to her husband and daughter. A memorial service will be held in Baltimore at a date to be determined this summer. As someone said, and who spoke for us all, “She played such an important role in my life. She always cared about me. Goodness, I’ve been so blessed by her.”

Offer Condolence for the family of Miriam Evelyn Linker 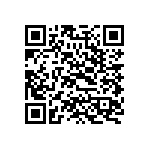