Mrs. Minnie Aycock Kimbro, 91, resident at Treyburn Healthcare, died on Saturday, April 21, 2007. A native of Wayne County, she was the daughter of the late Murray Aycock and Bertha Edgerton Aycock. Mrs. Kimbro was preceded in death by her husband, W. R. Kimbro, a general contractor. Together they owned and operated Better Builders, Inc and Westover Park Apartments.

Mrs. Kimbro moved to Durham as a teenager and received her education in the Wayne County and Durham City Schools.

Offer Condolence for the family of Minnie Aycock Kimbro 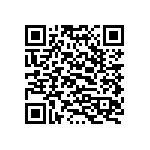