A native of San Antonio, TX, he was born October 3, 1920 to Irma Anna Heidrich and Albert Joseph Skolaut, Jr. Mr. Skolaut received his B.S. degree in Pharmacy from the University of Texas, interned at the John Hopkins Hospital in Baltimore, MD, and did graduate work at the University of Maryland.

Early in his career, Mr. Skolaut served as Director of Pharmacy at the University Hospital, Baltimore, MD, and Clinical Assistant Professor at the University of Maryland School of Pharmacy. Then he entered the United States Public Health Service and became Director of Pharmacy Services at its hospital on Staten Island, NY. In 1952, Mr. Skolaut became Chief of the Pharmacy Department and Central Supply of its Clinical Center at the National Institutes of Health in Bethesda, MD. In 1969, after 20 years, he retired from USPHS as a commissioned officer with the rank of Captain 06.

Next, he moved to Durham, NC, where for 18 years he was Director of the Department of Pharmacy at Duke University Hospital, retiring in 1987. He was also Adjunct Assistant Professor at the University of North Carolina School of Pharmacy.

Offer Condolence for the family of Milton Wilbert Skolaut 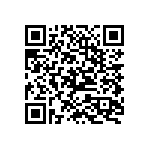