Mills Yoder Bridges, age 72, passed away on March 29th, 2018 after several years of declining health. He was born to Charles S. Bridges and Charlotte A. Yoder Bridges in Burke County, NC. Oldest of five children, he was the kid with the big ears, sitting quietly and listening to the grownups talk. He learned all the family secrets, including which uncle ran the liquor still.

Mills grew up in Hildebran, NC, a small town where everybody knew everybody and if you got in trouble in the neighborhood your mother knew it before you got home. Mills enjoyed some of that. His mother had nine siblings and his father five, so he was blessed with what seemed like countless cousins, too many to name in this writing.

Mills took his fascination with family stories to heart through a lifelong study of family history both through personal connections and genealogy research. If you dared ask him a question about some ancestor or distant relation, you best be ready to pull up a chair and listen for a while. Beyond that, he was a man with a small circle of friends who cared for him deeply and knew him as strong, generous, remarkably intelligent, with a singular love of cats.

He graduated from Hildebran High School in 1963, excelling in basketball and football. He graduated from Catawba College in 1968 and followed a career in accounting work, part of the time for the University of NC at Chapel Hill and later the State of NC.

He is survived by a son, Alan Bridges and Alan’s mother, Sandra Hare. He is also surivived by his current wife, Paula S. Clarke whom he married in 1985, his step-son, Ben Clarke, and step-grandchildren, Henry and Ida Clarke, his siblings, Drew Bridges, of Wake Forest, and three younger sisters, Marilyn Cuaron of Colorado, Nancy West of Glen Alpine, Vickie Sigmon, of Winston Salem.

A memorial service will be announced at a later date. Burial in accordance with his family’s wishes will be private.

The family is under the care of Hall-Wynne Funeral Service. Online condolences:www.hallwynne.com; Select obituaries.

Offer Condolence for the family of Mills Yoder Bridges 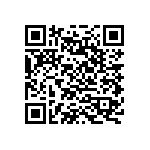