Mildred will be fondly remembered for her knack of decorating, love of children, pushing people to do their best, and greeting all the neighborhood dogs as they walked by with a treat. She had the uncanny ability to tuck someone under her wing to help them through tough times and difficult times. Her favorite line was “think positive, we can figure out a way to get this done.”

Mildred grew up in Oxford where she helped her grandmother Virginia Bullock cook meals for the prison guards as well as teach inmates to read and write. She would spend summers in Durham where she helped her Aunt Ruby make hats and wedding veils at Tillitson’s Hat Shop. She graduated from Oxford High in 1946 and then moved to Durham.

Mildred became a bookkeeper for Baldwin’s Department Store and Herald Sun simultaneously. She met her husband, Robert in Durham and they married in 1948. They remained in Durham until Bob was called back to active duty for the Navy in 1950.

After returning to Durham she and Bob helped to develop the Rockwood Neighborhood. She is the last original matriarch of the neighborhood. She would spearhead with other mothers for holiday parades, and parties for all of the children. Her front yard and driveway were always filled with kids playing games. When it snowed her yard became the winter park to play in. She always made sure that everyone had refreshments.

Mildred was a member of the local chapter of the Epsilon Sigma Alpha service sorority where she served as secretary. They raised money to make sure that local schools were made accessible for handicap children in the 1960’s.

She was a member of Duke Memorial United Methodist Church for seven decades. She taught the three-year-old class and on many occasions, she opened up her home to MYF for special parties. Mildred rekindled Pifer Rentals/Pifer Realty in the 1960’s and carried that through to today. She helped many specialty workmen get established in Durham and always found work for them or sent referrals to them when work was lean. When selling a house, she would take young couples and treat them like her own children. She made sure that she found the perfect home for them. She was a member of the Durham Association for Realtors for over four decades. In the early 1980’s she worked for CCB to help a colleague develop a new program within the bank.

Mildred and Bob were lifelong Iron Duke members and enjoyed traveling with the teams. She opened her home to many of the basketball and football players through the 1960’s and 1970’s to give them a place for meals during the year and on holidays. Mildred loved Myrtle Beach. She and her family spent a lot of time meeting friends and relatives there each year. In the 1980’s she and Bob helped develop a town home community with several friends. Later they bought their own home and kindled several wonderful friendships. They spent a large amount of their time there during holidays and birthdays.

A funeral service will be held at 2:00 PM at Duke Memorial United Methodist Church on Wednesday, September 12, 2018. Burial will follow in Maplewood Cemetery.

Visitation will be held on Tuesday, September 11, 2018 from 5-7 PM at Hall-Wynne Funeral Service in Durham.

In addition to flowers, memorials may be made to Duke Memorial UMC music program or the Debbie Pifer Shearin Scholarship Program at Alamance Community College.

Offer Condolence for the family of Mildred Pifer 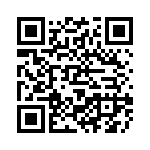