Mildred Eubanks Harris, 84, of Hamlet’s Chapel Road, Pittsboro, died March 18, 2008 at the Laurels of Chatham following a brief illness. A native of Chatham County, she was born March 23, 1923 to Romulus Pope Eubanks and Minnie Boone Eubanks. Mrs. Harris was an LPN, working for several years at the Mathiesen Clinic as well as doing private duty nursing. She attended the Seventh Day Adventist Church and also Mt. Pleasant United Methodist Church.

A service for Mrs. Harris will be conducted by Ms. Carol Lee Eubanks at 2:00 pm, Friday, March 21, 2008 from the graveside at Mt. Pleasant United Methodist Church cemetery.
Friends may visit with the family from 7:00 – 9:00 pm Thursday at Griffin Funeral Service in Pittsboro. Online condolences may be made at www.griffinfuneral.com, Select Obituaries. Arrangements are under the care of Griffin Funeral Service of Pittsboro.

Offer Condolence for the family of Mildred Eubanks Harris 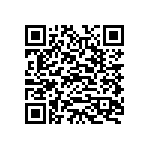