Mike Cavender, formerly of Highlands, NC, died on June 22 in Durham. The cause was sarcoma cancer. He is survived by his wife of 28 years Paulette Webb; two-step daughters, Charlotte Schwartz of Atlanta and Vanessa Tsumura of Milwaukee; their husbands Paul and Kenji; grandchildren Carl, Violet, Anri and Isla; his sister Katie Baer of Pittsboro, NC, and many nieces and nephews.

Born in 1945 in Binghamton, NY, Mike served in the US Air Force and graduated with a BS in history from the University of Tennessee. With his wife, he owned The Mill Creek Store in Highlands for 17 years. Mike served two terms on the Highlands Town Board, was on the board of the Highlands Biological Foundation, and was executive director of the Highlands-Cashiers Land Trust from 2000 until his retirement in 2006. Leaving the trout streams of western North Carolina that he loved, Mike and Paulette moved east to sail the rivers and sounds around Washington, NC. In 2013, they moved to the Chapel Hill area to be closer to family.

Mike enjoyed the company of his many friends, always appreciating lively conversations about politics, religion, books, travel –– any subject, really, that provoked a good debate. Gardening and writing were his great passions. Everywhere Mike lived, flowers bloomed and books overflowed the shelves. He loved to hike, but walked slower than most and saw more.

In 2012, realizing his time was short, Mike polished and published his first novel, “Revenge on the Fly.” Although he claimed the book wasn’t autobiographical, friends could see traces of Mike in Ben, the novel’s main character. In one passage of the book, Ben wanders through a forest in the North Carolina mountains: Ben rested on an old fallen tree rotting very slowly back into the spongy soil blanketed by thick moss, ferns and foamflowers. In a hundred years, only a long mound would mark this leviathan whose canopy once brushed against the sky. He loved that everything in the forest nurtured something else, including him.

A memorial service will be held in Highlands at a future date. Memorial donations can be made to the Highlands-Cashiers Land Trust or the Highlands Biological Foundation which supports the Nature Center –– one of Mike’s favorite childhood haunts and a setting for some scenes in “Revenge on the Fly.”

Offer Condolence for the family of Mike Cavender 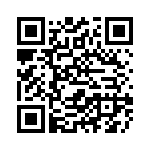