Michele was born in Washtenaw County, Michigan on September 8, 1950, the daughter of Gerald Joseph O’Doherty and Lena Irene Strong O’Doherty. She received her Master’s Degree in Business Education and her Bachelor’s Degree in Accounting, both from Eastern Michigan University, and her law degree from Thomas Cooley School of Law in Lansing, Michigan. Michele was licensed to practice law in both Michigan and North Carolina, and also held a teaching certificate in the State of Michigan. She was also licensed real estate agent. Michele was retired as Assistant Chief in the NC Department of Social Services Child Support Division.

A true humanitarian, Michele’s life revolved around her family and her work. Over time, Michelle had taken in and cared for 69 stray dogs until they were able to be adopted into loving homes. She enjoyed both coaching and playing sports, but, had a quiet passion for classic car restoration, including working on her own orange, 1970 Plymouth Road Runner, which is still a work in progress.

Michele is survived by her husband, Ron Tart of Pittsboro, NC; sons, Dustin Allen Tart of Wendell, NC and James Derik Tart of Siler City, NC; and brothers, Patrick O’Doherty of Charlotte, NC and Mike O’Doherty of Michigan. She was preceded in death by her parents and her sister, Peggy Curts.

A rosary will be offered for Michele at 3 o’clock Sunday afternoon at Hall-Wynne Funeral Home in Pittsboro, with visitation to follow. Michele will be taken back home to Michigan where she will later be interred in Washtenong Memorial Park in Ann Arbor, Michigan.

For those choosing to do so, Michele would have appreciated memorial contributions to the “Michelle Tart Roadrunner Restoration Fund”, 865 Chicken Bridge Road, Pittsboro, NC 27312.

Condolences may be left at the online guestbook at www.hallwynne.com, select “Obits”.

Arrangements for Mrs. Tart are under the care of Hall-Wynne Funeral Service, Pittsboro, NC.

Offer Condolence for the family of Michele O’Doherty Tart 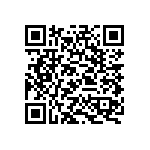