A native of Granville County, Mike was preceded in death by his mother Shelby M. Bullock; his paternal grandparents, Lucious Sr. and Katherine Bullock, and maternal grandfather, Billie O. Mangum.

In addition to being a loving father, son, and friend to many; Mike was a faithful companion to his dog Silverado.

He is survived by his son William T. Bullock of Stem, North Carolina; daughter Lauren B. Haskins and her husband David of Franklinton; his father Lucious W. Bullock, Jr. of Stem; a sister Cindy B. Ellington and her husband Joey and their two sons, Lance and Nolan, of Oxford; and his maternal grandmother, Christine D. Mangum of Oxford.

A visitation will be held on Saturday, December 19, 2015 from 5:00-7:00 pm at Gentry-Newell & Vaughan Funeral Home in Oxford. Funeral services will be held at 3 pm on Sunday, December 20, 2015 at Providence Baptist Church in Oxford with burial following in the church cemetery.

Flowers are welcome or memorial contributions may be made to The American Cancer Society, PO Box 22478, Oklahoma City, OK 73123.

Offer Condolence for the family of Michael Owen Bullock 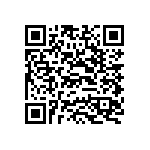