Mr. Jennings was born in Barnwell, SC, on Oct. 9, 1917, but spent most of his early years in Greenville, SC. In 1941 he was introduced to his future wife, Mary Emma Robbins. The outbreak of WWII forced a postponement of vows as Mr. Jennings was immediately shipped off to Aviation Cadet Academy following his voluntary enlistment with the U.S. Air Force. He later received his Officers Commission upon graduation.

After completing advanced training, he was sent to the European Theatre of Operations, as a pilot of a C-47 Troop Carrier. The C-47 filled many different jobs including the transportation of paratroopers to battle zones, flying supplies to advanced units and evacuating the wounded back to England. He was awarded two Air Metals and two Presidential Citations.

Mr. Jennings was discharged in 1945 where upon he returned home to his faithful fiancé who soon became his devoted wife. The couple was blessed with two lovely children, and 56 years together.

Mr. Jennings is survived by his daughter Mary Louise Garren of Franklinton and son Michael Jennings, Jr. of Oxford. He is predeceased by his wife Mary Robbins Jennings.

Offer Condolence for the family of Michael Jennings 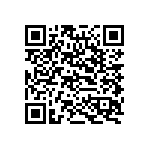