Mike was born on September 29, 1921 in Bayonne, NJ to the late Joseph and Johanna Staton and was the youngest of four sisters and two brothers, who predeceased him. After graduating from Bayonne High School, Mike graduated from the Newark School of Engineering in New Jersey. For forty years he worked as an engineer and metallurgist in the specialty steel industry living in Bayonne, NJ, Pittsburgh, PA and Charlotte, NC. He and his wife moved to Durham to be closer to their grandchildren.

Mr. Staton was a WWII Army Veteran having served in a field artillery unit in the European Theater Central Europe and Rhineland. He was a member of the American Legion Post 7 N.C.

The family will receive friends one hour prior to the service.

In lieu of flowers, memorial donations may be made to Immaculate Conception Catholic Church.

The family wishes to send a sincere thank you to the staff of Hillcrest Convalescent Center for their kindness and care during our loved one’s stay there with a special thanks to nurse Kelley Casey.

We also wish to extend our sincere appreciation to the Cronley family for all you have done for us, Tom and Kathleen, and their children Ginny and Jay, our Eucharist ministers for many years.

Arrangements for the Staton family are under the care of Hall-Wynne Funeral Service. Online condolences www.hallwynne.com

Offer Condolence for the family of Michael George Staton 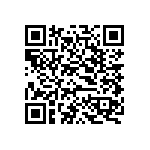