Michael Francis Lefaive, 70, passed away peacefully on November 6, 2019, surrounded by loved ones in Chapel Hill, NC.

Michael was born in Port McNicoll, Ontario, Canada, on May 18, 1949, and was a proud Canadian and American citizen.  He graduated from St. Theresa High School in 1966 and enjoyed his early work on the S.S. Assiniboia sailing on the Great Lakes.  Michael earned his nursing certificate in Barrie, Ontario, and moved with his family to Greensboro, NC, in 1988 where he was recruited by Moses H. Cone Hospital to work as an RN in psychiatry.  He went on to earn his Master’s degree and Advanced Nursing degrees at the University of North Carolina Greensboro and NC A&T University.  Michael loved his work as an Adult Psychiatric Nurse Practitioner and enjoyed his current career at Capeside Psychiatry providing mental health and addiction care.

Michael was passionate about his family, his work, traveling the world, good food, and great company.  He was a sports enthusiast and the biggest hockey fan this side of the Canadian border.  He met his wife Gail in 2018 and they were married on April 13, 2019, in their home in Chapel Hill.  Michael greatly enjoyed their travels, companionship, and time spent in their garden.  Michael will be remembered by many for his contagious smile, his generosity, sense of humor, kindness, and zest for life.  He always made those around him feel loved and special.  His compassion and way of living life to its fullest was inspiring.

Michael is survived by his wife, Gail Norwood Lefaive, and his two children, Scott Lefaive and Nicole Lefaive-Yow (Zac Yow).  He is also survived by his brothers, John Lefaive and Larry Lefaive.  He is preceded in death by his wife of twenty-nine years and the mother of his children, Judy Clark Lefaive.  Michael is also preceded in death by his father, Urbain “Slim” Lefaive, mother, Mary May Lefaive, and sister, Elizabeth Saundercook.

A memorial service will be held on Monday, November 11, 2019 at 2 pm at University Presbyterian Church where Michael and Gail were active members.  The church is located at 209 East Franklin Street in Chapel Hill.  A reception will follow in the Fellowship Hall.  In lieu of flowers, Michael would want donations to be made to the UNC Pediatric Hematology and Oncology clinic at:  uncchildrens.org

“Even the darkest night will end and the sun will rise.” Victor Hugo, Les Misérables

Offer Condolence for the family of Michael Francis Lefaive 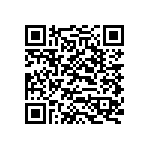