Michael Edward Burkill, 56, died peacefully at home on Saturday, May 24, following a 15-month illness with a GBM brain tumor. He was born January 30, 1952, in Lake Forest, IL, to the late Edward W. and Lillian Veggeberg Burkill. As a teenager he moved to Ormond Beach, FL, where he graduated high school. He then attended Mercer University in Macon, GA, where he met his wife, Ninna. Michael and Ninna remained in Georgia for several years, initially living in Fitzgerald where Michael worked as a teacher of exceptional children. It was in Fitzgerald that they built a small house in the woods, where they were married on April 6, 1974. He and Ninna then moved to Macon where he worked in a hospital operating room and eventually decided to pursue the Physician Assistant program at Duke. Michael and Ninna moved to Durham in 1977 when he was accepted, and to celebrate they spent 6 weeks cruising the Atlantic Coast of Florida in Perlis – the first of many sailboats they would call home.
Upon his graduation from the P.A. program, Michael began his lengthy and successful career as a P.A. in Duke Orthopaedics, Neurology and Rehabilitation Medicine. Michael worked with countless physicians and other hospital staff over his career, earning their respect as a compassionate and competent medical provider.
A renaissance man in the fullest sense, Michael found time outside of medicine to pursue his other interests, including sailing, riding motorcycles, surfing, cross-country skiing, and kayaking. At home, he was an inventive cook and jack-of-all-trades. He could re-roof the house, rebuild an engine, or read a new recipe and know that it would taste great! Michael was also passionate about his family, making sure they were included in everything from building an addition onto the house to flipping burgers on the grill.
Michael was an intuitive thinker and natural philosopher who loved to have fun. He had a unique sense of humor – reveling in puns and lapsing into silly accents particularly the infamous Norwegian accent. He always said that laugh lines tell a story as we age, softening the face, adding character and interest.
Many will remember Michael for the outdoor adventures he shared with his friends and family. His wife remembers when they sold their house and moved onto their second sailboat – a 28-foot Sabre named Conduit – with their four-year old son. They cruised down the Atlantic Coast and into the Bahamas, spending six months exploring clear water and sandy beaches. And friends will likely remember semi-annual trips to the Bahamas, annual Fall Camping Trips, West Virginia ski trips, or short trips to the North Carolina coast or mountains. He and Ninna, the consummate organizer, complemented one another to foster a close-knit, multi-generational community.
Thankfully, Michael retired in his early 50s – pre-diagnosis – in order to spend more time being active while he still could. With the support of his family, he purchased their last sailboat, a Cape Dory 27 named Xara, took a seven-week motorcycle trip across the country, and honed his riding skills at the Virginia Int’l Raceway. We are all so grateful that Michael had those years.
Surviving are his wife of 34 years, Ninna Irby Burkill; his children Peter and Caitlin; a foster brother, Richard Moley of Surprise, AZ, and several nieces and nephews. He was predeceased by his sisters, Betty Griffith and Barbara Baldwin.
A memorial gathering will be held 4:00 PM Monday at the Greystone Inn & Conference Center corner of Vickers & Morehead Aves. Casual attire is desired. Donations in Michael’s memory may be made to: The Preston Robert Tish Brain Tumor Center at Duke, the Blue Ridge Parkway Foundation, or WUNC. Arrangements are with Hall-Wynne Funeral Service. On-line memorials to www.hallwynne.com. Select Obituaries.
The Burkill family expresses deep appreciation to the Preston Robert Tish Brain Tumor team, the Clinic 1L and phlebotomy lab staffs, and the staff and nurses in the Oncology Treatment Center at Duke, because Michael valued and appreciated them all.

Offer Condolence for the family of Michael Edward Burkill 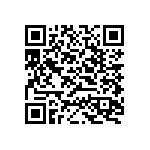