Born May 9, 1938 in Bronx, NY, Michael was a son of the late Thomas and Ellen Healy. He graduated St. Francis College in Brooklyn, NY with a bachelor’s degree in business finance. He served our nation with honor as a National Guardsman during the tumultuous 1960’s. Michael worked 35 years for IBM in a variety of finance management positions. On May 20, 1995, he and Katherine Scott Griffith were married at St. Charles Borromeo Church in Brooklyn. Michael often volunteered his time preparing tax returns for the elderly and the poor. He was a wonderful dad, a caring brother, a devoted husband, and a great friend to all who knew him. He will be deeply missed.

Mr. Healy is preceded in death by his parents and his sister, Mary Murphy of Eaton’s Neck, NY. Survivors include his wife, Kitty, of the home; his daughters, Janet Al Celini of Newtown, PA, Jeanne Vincent Yannacci, of Marlboro, NJ, Jackie Paul Mastropietro of Mahopac, NY, and Jennifer Bob Zmarzlak of Stamford, CT; his nine grandchildren; and his brother, Monsignor Thomas Healy of Corona, NY.
Services will be held in NY with the Edward D. Lynch Funeral Home, 43-07 Queens Boulevard, Sunnyside, NY 11104 assisting the family.

In lieu of flowers the family requests that you would honor Michael with contributions to: Ride For Life, Inc. For ALS Stony Brook University, HSC LV2, Room 106, Stony Brook, NY 11794-8231

Offer Condolence for the family of Michael Christopher Healy 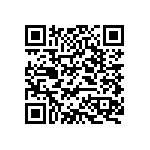