OXFORD:
Michael “Bear” David Stovall, 53, a resident of 6511 Cornwall Rd. passed away June 21, 2011 at his home. He was a native of Granville Co. and was the son of Julia Brooks Stovall and the late Daniel Alexander Stovall. He was the grandson of the late R. D. & Mamie Brooks. Mike was the owner of the Country Store in the Kinton Fork Community for 26 years. He was a beloved son, husband, father and friend.
He is survived by his wife Brenda Ayscue Stovall; a son, Daniel Brooks Stovall of Winston –Salem; a daughter, Leigh Anne Stovall of the home; two sisters, Nan Stovall Howells and Julia Stovall Overton both of Oxford; four nieces and four nephews. He is survived by a special uncle, Richard Brooks and his wife Kay of Bullock. Mike is survived by many friends including three who were especially more like brothers than friends; Gary Jo & Brodie Jones of Providence and Tommy Bobbitt of Henderson.
A cremation is being handled by Gentry-Newell & Vaughan Funeral Home. In lieu of services the family will receive friends and family at the home on Wednesday evening from 6:00 until 8:00 PM.
Online memorials at www.hallwynne, com select obituaries.

Offer Condolence for the family of Michael “Bear” David Stovall 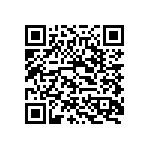