Mrs. Howe was born on July 23, 1925 in Bluefield, WV and was raised in Atlantic City, NJ.  During WWII she was employed by the Glen L. Martin Company, Essex, MD.  She was also active in the USO.

In Durham, Mrs. Howe was the longtime owner of The Tack Shack store and horse stables, located near Catsburg Store in Durham.  She later was employed for several years at Measurement Inc. before retiring in her early eighties.  Since 2012, Mrs. Howe has resided with her son in Montclair, VA.

Mrs. Howe was preceded in death by her husband, George S. Howe.

In lieu of flowers, contributions may be made to the Animal Protection Society of Durham, 2117 East Club Blvd., Durham, NC.

Offer Condolence for the family of Meta Louise Frye Howe 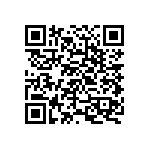