Durham- Merle JACK Hammersley was born on February 7, 1923 in Dayton, Ohio.  He was the son of the late George and Elnora Hammersley.  He died at the VA in Durham on June 6 after a long declining illness.

He is survived by his loving daughter Jacqueline Hammersley; his grandson Logan Hammersley. He was preceded in death by his wife Sarah Pendergraft Hammersley and his son, Kenny Hammersley.

Jack was a mechanic by nature, growing up on a farm in Ohio during the Depression. He joined the US Army in 1943. And saw action at Omaha Beach on D-Day, and fought with Patton’s Third Army in every major ETO conflict during the war, including St. LO, Nancy, Metz, Bastogne, the subjugation of the Rhineland, and the final Battle for Germany. He was a decorated combat veteran and Bronze Star recipient.

After the war he married his war time sweet heart, moved to Durham, and eventually started a family and a successful auto repair business, which he operated until his retirement.

Jack will be remembered as a man of faith, and integrity.  His patriotism and national service, his great love for his family, and his endless compassion for others less fortunate were hallmarks of his life.

Flowers will be accepted, and memorial contributions may be made to the Wounded Warrior Project. Arrangements for the Hammersley family are under the care of Hall-Wynne Funeral Service.

Offer Condolence for the family of Merle “Jack” Hammersley 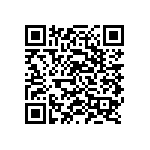