Megan Mary Jones passed away in her sleep at home in Chapel Hill, North Carolina on 9th January 2018.
Megan lived with her family in Hollister, CA before they moved to Santa Cruz, CA in 1981 and then to North Carolina in 2001 where she settled in Chapel Hill. In addition to the people in her life, Megan cherished her independence, creative writing and her cat, Madeleine.
Megan was a strong communicator with a quick wit and vast vocabulary which often resulted in unique expressions and insights. She was a prolific poet and enjoyed reading a wide variety of novels. Megan cared deeply for other people and participated in several community groups to advocate for herself and others with disabilities.
She leaves behind her parents David and Martha Jones; sister Gwyneth Jones; brother Gabriel Jones; sister-in-law Leigh Jones; niece Lucia Jones; grandfather Richard Millard; and several aunts, uncles and cousins in addition to many very good friends.
A private service will be held at a future date. Donations, if you wish, may be made in her name to any library or animal rescue shelter.

Offer Condolence for the family of Megan Mary Jones 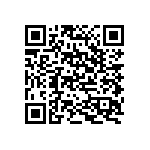