Maynard Macon Brooks, age 81, died Friday, October 30, 2009 at Duke Medical Center. A native of Granville County, he was the son of late Joseph Rhodes and Hortense Mangum Brooks. Mr. Brooks was a member of Delrayno Baptist Church where he served as superintendent of Sunday schools for 24 years. He was also a member of the Henry F. Granger Lodge 412, Sudan Temple of New Bern, Oxford York Rites Bodies, Granville County Rescue Squad and was retired from Public Service Gas.
Funeral services will be held Monday, November 2, 2009 at 2:00 P.M. from Gentry-Newell & Vaughan Funeral Home Chapel by the Rev. Cam Ford. Entombment will follow at Meadowview Memorial Park.
Surviving are two sons, Winston Brooks and Mike Brooks, both of Oxford; one sister, Louise B. Jackson, of Butner and one granddaughter.
The family will receive friends on Sunday, November 1, 2009 at Gentry-Newell & Vaughan Funeral Home from 7:00 P.M. until 8:30 P.M. At other times they will be at the home of Winston and Nancy Brooks, Sunset Avenue, Oxford.
For online condolences go to www.gnvfh.com and select obituaries. Gentry-Newell & Vaughan Funeral Home is in charge of serving the Brooks family.

Offer Condolence for the family of Maynard Macon Brooks 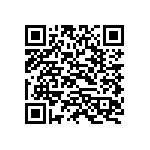