Maurice was born April 27, 1930 in Longview, Illinois to Merle and Thelma Race Buddemeier. He graduated from the University of Illinois in 1952. On July 5, 1953, he married Pauline Harriet Jewell.

Maurice had a long career in human resources/labor relations. He was employed by Ford Motor Company for many years and lived in various locations throughout the Midwest Illinois, Michigan, Indiana during his tenure. He worked for American Motor Company, South Bend Lathe, and then settled into his position as Director of Human Resources at Tootsie Roll Industries in Chicago, Illinois in the mid 1970s. He retired in the late ’90s and moved from Naperville, Illinois to Pittsboro, North Carolina to enjoy his retirement years.

Maurice Bud was preceded in death by his parents, Merle and Thelma, and wife, Pauline. He is survived by one son, Jeffrey Buddemeier, and three daughters, twins Brenda Stigall and Nina Campbell, and Dr. Kamilla Buddemeier. He is also survived by two grandchildren, Michael and Naomi Crump.

As a classical music lover, Maurice attended many concerts. He was an avid reader and was very politically minded and cognizant of world events. He loved to dabble in the stock market and enjoyed spending time with his family and making new friends.

From the family: You were the best father ever. Our gratitude is undying and unwavering. We will love you and mom eternally.

Offer Condolence for the family of Maurice Race Buddemeier 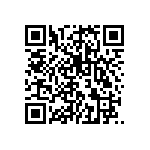