In her youth Maureen lived in Ireland, Malta and England while her father served in the British military. While living in England and working for the war effort during World War II she met and married Joseph Colby Daughtry. After the war she went to the United States where they began their life together. Maureen and Joe were married for 54 years until his death in 2000. Maureen was a devoted wife, loving mother and caring grandmother who will be greatly missed.

A very kind and welcoming woman, Maureen enjoyed meeting and making new friends in her church and the many activities in which she participated. She was active throughout her life in the Wednesday Morning Prayer Group, The Study Club, and the Durham Woman’s Club where she held several leadership roles.

A long time parishioner of Immaculate Conception Catholic Church in Durham, she was very involved over the years as a Eucharistic Minister, Lay Reader and bereavement committee member. Maureen was especially active with the Catholic Daughters of the Americas having served in a variety of positions which included multiple terms as the local regent for Court Durham #1576. She served as a former state regent and was a past national director.

A Mass of Christian burial will be offered 10:00 a.m. Wednesday, November 20, from Immaculate Conception Catholic Church with Father Bill McIntyre, OFM, presiding. Immediately after mass a reception will be held in the church’s Gathering Space. Burial will be held later that day at 2:30 p.m. at the Daughtry Family Cemetery in Faison, NC.

The Catholic Daughters will serve as honorary pallbearers.

Friends will be received Tuesday evening from 5:00-7:00 p.m.at Hall-Wynne Funeral Service in Durham.

Offer Condolence for the family of Maureen Nolan Daughtry 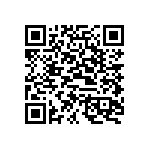