Mattille Hicks Whitaker, age 85, and a resident of Franklinton, died Monday, May 25, 2009 at Rex Hospital.

She was a native of Franklinton, and was one of twelve children of the late Donald Cade and Mattille Irwin Hicks. She graduated from Women’s College now known as the University of North Carolina at Greensboro in 1944, and was married to the late Joe Rankin Whitaker in December of 1945. In her career with the Franklinton City School System, she taught English and French, and was the Librarian for many years. She was a long-time member of the Franklinton United Methodist Church, the American Legion Auxiliary, and was a member of the Delta Kappa Gamma Honor Society for teachers.

The family will receive friends on Friday evening from 7:00 until 8:30 at the Hall-Wynne Funeral Service Franklinton Chapel.

Flowers are accepted or memorials may be made to the Franklinton United Methodist Church, 109 North Main Street, Franklinton, NC 27525.

Offer Condolence for the family of Mattille Hicks Whitaker 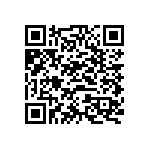