A 2016 graduate of The Hawbridge School in Saxapahaw, Matthew was keenly interested in theatre arts.  He was a rising senior at Greensboro College, where he majored in Theatre/Acting.  Matthew enjoyed playing in both serious and comic productions. While in college, his favorite role was that of Val Slotsky, the pedantic, bagel-noshing, Russian immigrant comedy writer in Neil Simon’s “Laughter on the 23rd Floor.”  Matthew’s flawless Russian accent for that role was most impressive.  He will be sorely missed by all who knew him.

Matthew is survived by his parents, Bruce and Catherine Ellis; one brother, Luke Oliver Ellis, and wife, Kristina; his niece, Lucy Ellis; his grandmother, Irene Ellis; as well as aunts, uncles and cousins.

A funeral Mass will be offered for Matthew on Friday, June 28, 2019, at 11 am at the Newman Catholic Student Center Parish, 218 Pittsboro Street, Chapel Hill, NC 27516.  A Rite of Christian Burial will be private.

Offer Condolence for the family of Matthew Russell Ellis 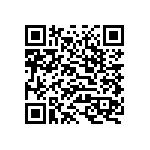